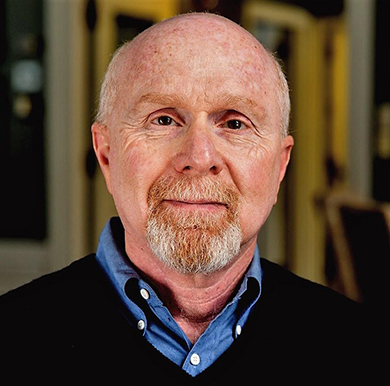 Glenn Rifkin is an author, business journalist, human interest columnist and thought leader. He has been a contributing writer for The New York Times business section for nearly 30 years. He recently served as managing editor for Briefings On Talent & Leadership, a quarterly business journal published by the Korn Ferry Institute. He also recently served as a resident writer for the Arthur Rock Center for Entrepreneurship at the Harvard Business School.

During a 40-year career, Rifkin has published countless articles for a wide variety of publications about a vast number of business-related topics. Beginning in 1989, Rifkin became a mainstay contributor to The New York Times business section, covering high technology in the Boston area and around the country for much of the 1990s. More recently he has focused on small business, entrepreneurship, marketing and leadership issues as well as advance obituaries for The Times. He was a founding contributing writer at Forbes ASAP, Strategy & Business and Briefings, writing across a breadth of subjects such as strategy, organizational behavior, innovation, economic issues, leadership, marketing and education.

Rifkin's books include the best-selling Radical Marketing: From Harvard to Harley, Lessons From Ten That Broke the Rules and Made It Big ( with Sam Hill, HarperBusiness, 1999) which was chosen as one of Fortune’s “Best Business Books” and has been published in paperback and in eight languages.

Rifkin has consulted with a variety of companies such as Boston Consulting Group, Korn Ferry International, Mercer Consulting, WPP, HCL Technologies and PriceWaterhouseCoopers, as well as a long list of corporate clients. In this capacity, he has produced numerous white papers, reports and publications on a wide range of subjects, from technology to brand management. He has also worked with the Harvard Business School on a variety of editorial projects.

From 1983 to 1990, Rifkin was Features Editor at Computerworld, where he wrote extensively about management, leadership and strategy in the high technology sector. It was here Rifkin met and worked with Patrick J. McGovern and learned firsthand about his unique leadership style. After leaving Computerworld, Rifkin continued to work in an editorial capacity for McGovern for several years.

In 2005, Rifkin took to the radio airwaves as a commentator on globalization for The World, a co-production of Public Radio International and the BBC, a daily radio program on international news. Earlier, he was a regular commentator on Boston’s National Public Radio outlet, WBUR, and he has contributed commentaries to Marketplace, the daily business broadcast, also on NPR. In 2006, he taught brand management as an adjunct professor in the marketing department at Boston University’s School of Management.

Rifkin resides in Acton, Massachusetts with his wife Jane and their dog Lucy.

Genesis of the Book

In Future Forward, leaders will find 10 essential lessons that can be easily applied to any business, from small startups to giant corporations. These include: “Let’s try it. Encourage entrepreneurial behavior and back it up with serious commitment.” “Decentralize. When building a global empire, every market is local.” “Love your employees. Adore your customers.”

Leaders at every level will discover outside-the-box approaches to employee engagement, entrepreneurial commitment, and radical innovation. These are the lessons of a true visionary. This is how successful leaders take risks, take charge, and take the future by storm.

Patrick McGovern foresaw and leveraged the global reach and power of technology, and built a $3 billion company that was the voice of the information technology revolution. 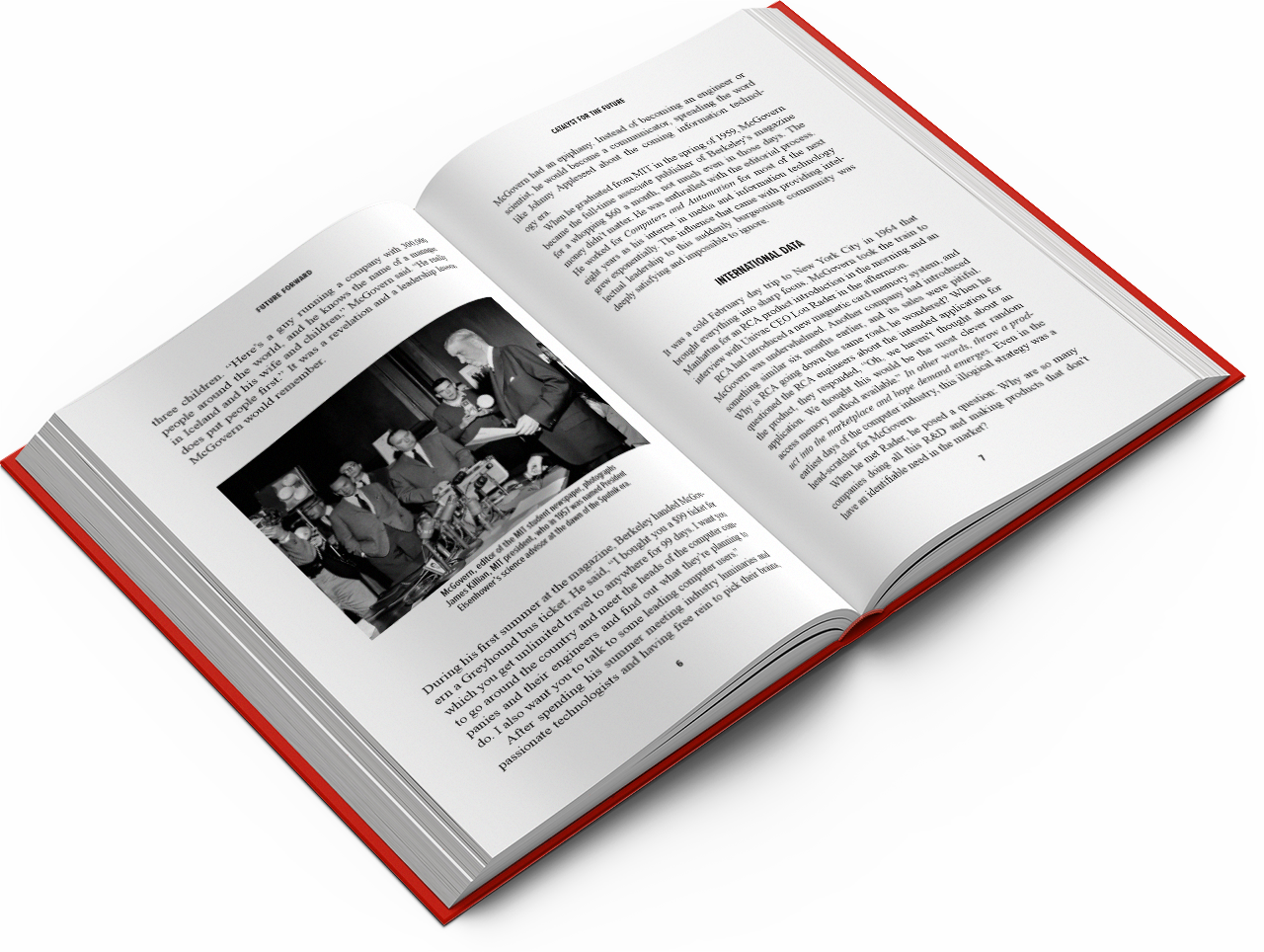 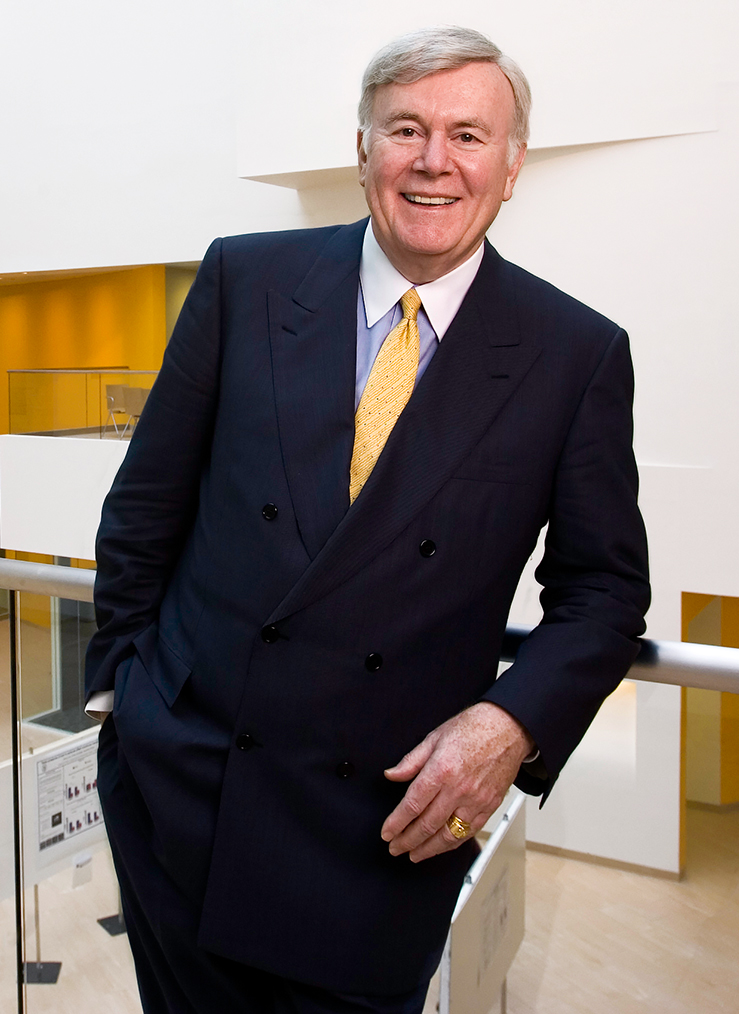 The Patrick J. McGovern Foundation supports pioneering neuroscience research and explores the ways in which advances in information and technology can improve the quality of life on Earth.

The foundation is the legacy of Patrick McGovern (1937-2014), enterprising business leader, and tireless advocate for science, who believed that advanced technology and transformative breakthroughs in mental health and neuroscience have the power to change lives and society across the globe.

Upon his passing in 2014, McGovern gave almost the entirety of his estate to this foundation. This act of generosity represents his lifetime as a visionary, trailblazer, forward-thinker, and philanthropist. This foundation will continue his legacy and passion for discovery and impact in the fields of neuroscience and information technology for years to come.